The logistics sector of South Africa recovered somewhat during the month of June, following two months of strain. The Ctrack Transport and Freight Index (Ctrack TFI) grew by 1.3% during June compared to May which represented a 5.0% improvement compared to a year ago, slightly up from May’s 4.7% year-on-year improvement. Compared to March’s pre-flooding index level, there has been no real growth, with the entire sector playing catch up in the past two months.

“Many challenges remain and continue to put pressure on the various sectors that make up the Ctrack Transport and Freight Index and the economy in general, from eroding productivity due to regular load shedding that increased to Stage 6 and significant fuel price increases in recent months,” said Hein Jordt, Chief Executive Officer of Ctrack Africa.

As has been the case for the last two months, vastly different trends are evident when analysing the various sub sectors individually. Three of the six sub sectors of the Ctrack Transport and Freight Index reported growth during June, with the star performer being Pipeline Transport, followed by Road and Air Freight.

On the contrary three of the sub sectors reported a decline, with the biggest contractions evident in Storage and Handling (Warehousing) and Sea Freight, while the heavy-weighted Rail Freight sector remained under pressure. In addition to a variety of on going challenges, both Sea Freight and Rail were particularly hard hit by the floods in the Durban area during April and are still in the process of recovery.

The transport of liquid fuels via Transnet Pipelines (TPL) increased notably in the past two months, with the Pipeline sub-sector of the Ctrack Transport and Freight Index growing by 21.0% in June 2022 compared to the same period last year. A big contributor to this growth is that local production of fuel has been on a downward trend and currently four local refineries are not operational. Historically South Africa relied on imports for less than a third of its refined fuel, but the situation has changed notably. The biggest contributing factor to the shutdown of local refineries is the uncertainty surrounding the issue of who would pay for the necessary upgrades and modernisation required to make South Africa’s refineries fit for government’s new clean-fuel regulations, which come into effect in September 2023.

SA’s largest oil refinery, Sapref, a joint venture between BP and Shell, is currently closed, while the former Caltex (now Astron) refinery in Cape Town and Engen’s Durban refinery are both shut. In Mossel Bay the gas to feed PetroSA has largely run out, forcing it to close. The only local production thus originates from Sasol’s synthetic fuel plant at Secunda and Natref in Sasolburg (joint venture between Total and Sasol).

In July 2022, Natref unexpectedly declared force majeure, warning it may not be able to meet all its obligations to deliver petrol, diesel and jet fuel to its clients because of a temporary shortage of crude oil feedstock. A situation that was fortunately resolved in subsequent weeks. The shutdown meant that for a short period South Africa had to rely on imports for as much as 80% of its total fuel requirements, compared to the normal 60% of recent times.

The result is that South Africa has become more dependent on fuel imports that have to be transported via pipelines to the inland market, which explains the recent growth in pipeline transport.

Despite the blockage of the N3 for a few days during June, Road Freight still grew strongly, increasing by a notable 16.9% compared to a year ago. The number of heavy trucks on both the N3 and N4 toll routes has also increased notably compared to a year ago, while the Road Freight payload for the country as a whole showed continuous growth during June. In addition, Road Freight has clearly taken up the space created by the on going underperformance of the rail industry in recent years, a narrative likely to persist for some time to come.

With international supply chains recovering gradually, Air Transport continues to grow steadily. The Air Freight component of the Ctrack TFI increased by 10.1% in June, compared to a year ago. Total consolidated airport flight movements (passengers and freight) increased by 19.1% year-on-year in June, compared to 31.1% in May, but were supported by a low base of calculation, as economic activity was still constrained due to COVID-19 restrictions in June last year. The grounding of Kulula flights early in June, however, had a notable negative impact on local flights, which declined by 17.5% compared to May. Growth in Air Freight cushioned the sector, growing by 7.4% year-on-year and we will most likely see more increases in future as the international travel industry recovers further.

The Sea Freight sector declined by a notable 10.6% in June compared to a year ago. Given that the Ctrack Transport and Freight Index is calculated on a three-month moving average basis, this indicates a welcome recovery in container handling not only in the port of Durban, but also in the ports of Gqeberha, East London and Ngqura during June. Container handling in the port of Durban exceeded March’s (pre-flooding) numbers by 5.3% in June, supported by Transnet Freight Rail (TFR)’s reopening of a single line on the container corridor between Durban and Cato Ridge on June 13, a line that had been suspended since April 11. The recovery is indeed good news and further growth could be expected as additional rail capacity will be unlocked on the mainline in September, when repairs on the second line are planned to be completed and be reopened to traffic.

It is well known that transport sector’s performance and a country’s Gross Domestic Product maintain a close relationship. In South Africa, the logistics sector outperformed the broader economy in the post COVID-19 recovery phase. 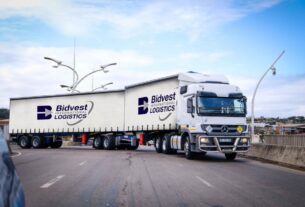 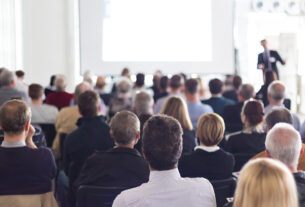 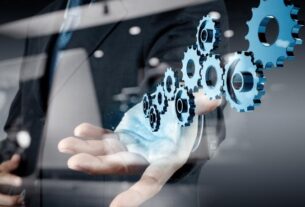